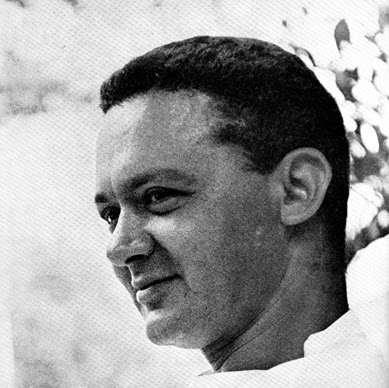 “Simplicity is not the goal. It is the by-product of a good idea and modest expectations…” – Paul Rand

Just about every living soul that has walked, ran or breathed air on the planet has seen Paul Rand’s work. He was responsible for creating arguably the most famous body of commercial art known to man up until his death. Works include the ABC, UPS and IBM logos. Now you know where Silvertoad team is coming from when we say there was none bigger.

Paul Rand was born Peretz Rosenbaum, on August 15th, 1914, and was educated at the Pratt Institute (1929–1932), and the Art Students League (1933–1934). He was one of the originators of the Swiss Style of graphic design. From 1956 to 1969, and beginning again in 1974, Rand taught design at Yale University in New Haven, Connecticut. He was later inducted into the New York Art Directors Club Hall of Fame in 1972. He designed many posters and corporate identities. Rand died of cancer on November 26th, 1996, and is buried in in Norwalk, CT, USA.

“A logo does not sell (directly), it identifies…” – Paul Rand

About Us – Silvertoad, based in Luton, Bedfordshire, provides the widest range of creative graphic design services including magazine design, production and printing.

Please contact our friendly customer services team to discuss how we can help you! Call us on: 0800 756 6800 or email us at: hello@silvertoad.co.uk