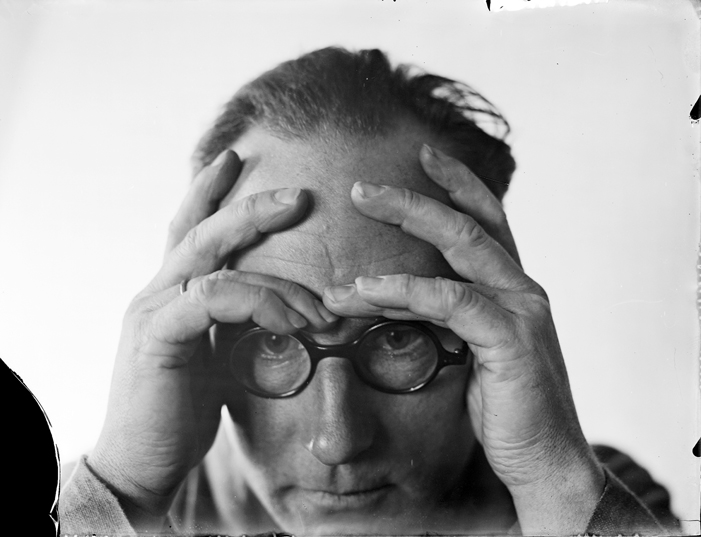 Named as The Most Influential Designer of the Twentieth Century by the Association of Dutch Designers, print renegade, Piet Zwart is our next designer to receive the Silvertoad spotlight treatment.

Considered self-centred and difficult, he was driven to excel in his field. He was a night owl and set high standards in all his work. One look at his work you’ll immediately know it’s his. Anybody who gets into font-driven poster design has a wide path to avoid in order not to have their work compared to his. It’s very likely this has happened to you.

Let’s get into the facts: the births, deaths, ink spills of Piet Zwart‘s life. He was born on May 28 1885 in Zaandijk, North Holland, and died on September 27 1977 at the age of 92. From 1902 until 1907 he attended the School of Applied Arts in Amsterdam.  Zwart and fellow students developed by themselves with little interference from their teachers as they weren’t always present.

It was this lack of formal classroom training that led him to approach his design, especially typography in a fresh and untraditional way. While the purely horizontal grid design of straightforward type and images was the norm, Zwart felt his designing from his gut.

As with most geniuses, there was a self-initiated method that broke the very same rules he had never learned, or, as I suspect, he cared nothing for.  He also experimented in the use of photography incorporated into his designs, leading to photomontages. Still, with all the rule breaking and experimentation, Zwart was concerned with readability, feeling that typography should be clear and functional. Maybe he was influenced by the de-constructivist movement…

One must put his work into context of the time and design influences. His use of type and montage was incredibly ahead of his time. Piet Zwart’s path holds a great story for designers who are trying to understand that one’s own creative vision is not fodder for other creatives to comment upon. In the long run, history will be the judge of great creativity and not the opinions of others in the field.

He started his career as an architect and he worked for the well-known. Jan Wils and Berlage. And was a lecturer at Rotterdam College of Art (from which he was fired). He also aligned himself to the famous Bahaus school, for whom he lectured on an adhoc basis. Oddly enough, the very school that fired him was renamed after Zwart – The Piet Zwart Institute of the Willem de Kooning Academy, Rotterdam.

There’s a rich body of work to witness from Piet Zwart and a lot more to his considerably long life story including his exploits during the Second World War. So it’s worth picking up a book about him as he is one of Graphic Design’s true originals.